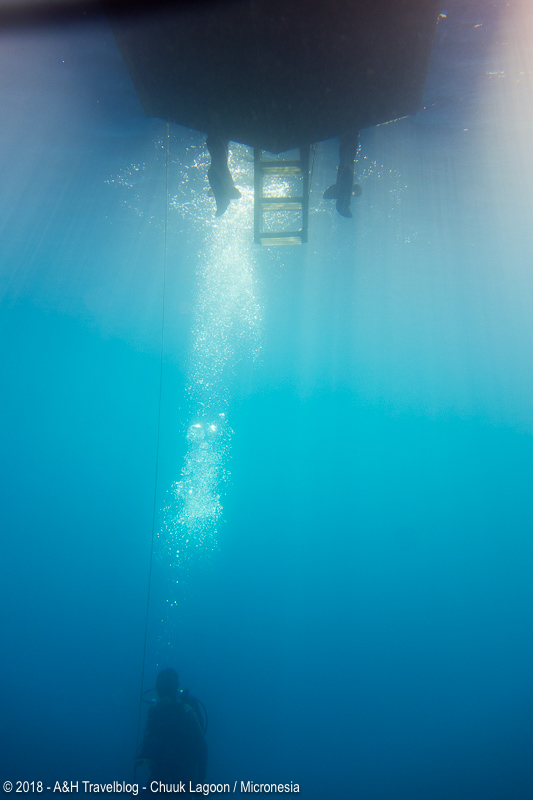 This is actually not a victim of Operation Hailstone. She was lying at anchor, somehow caught fire and then exploded on October 7th 1943.

About 50 to 250 (depending who you are asking) men, most trying to get the fire under control went with her plus some tugs and landing crafts.

The wreck lies in the 4th fleet anchorage nearly upside down and the aftship disappeared in the explosion.

There is no mooring on this wreck so we arrive via GPS and set the anchor on the wreck. As we descend it is hard to understand, that the massive wall, that looms up is not the bottom but the hull of the ship. As we start to descend further we can see underneath and actually dive the holds. This is a fascinating dive. The hold is one big space crisscrossed with beams and shattered equipment and crates. What the crates held I do not know and I don’t want to pull one apart but they were neatly stacked. Swimming in the hold towards the bow there are remains that look like a tuk-tuk or the covered back of a truck? I can’t say for sure. But the idea that they transported tuk-tuk spreads a smile on my face. Further on there are more crates and as we turn back towards the bridge, engine and airplane parts come into view. The front parts of the Betty Bombers, wheels, some propellers and other debris. 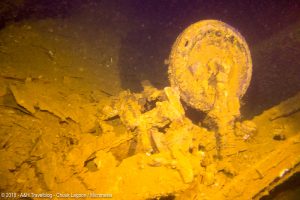 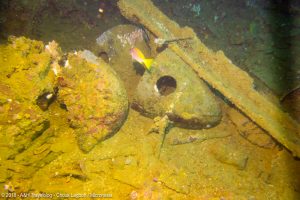 There is a lot of space so no need to swim in single file and we enjoy pointing things out to each other. As the hold stops we come back to the daylight and make our way on the outside. After the bridge the ship is just nonexistent and one can see the folds in the metal. The explosion must have been huge to fold the metal like this. A part of the ship (the very stern?) lies in the sand and then our time is up and we come back up over the ship. Enjoying the coral and fish as we ascend to come to our safety stops. 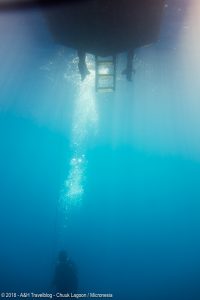 What a nice little dive.

Truk is still on your bucket list? Ask us about available slots!
Category: Dive diaryBy HenryJune 20, 2018