Dive Diary: A journey through the wrecks of Truk Lagoon (Chuuk/Micronesia) 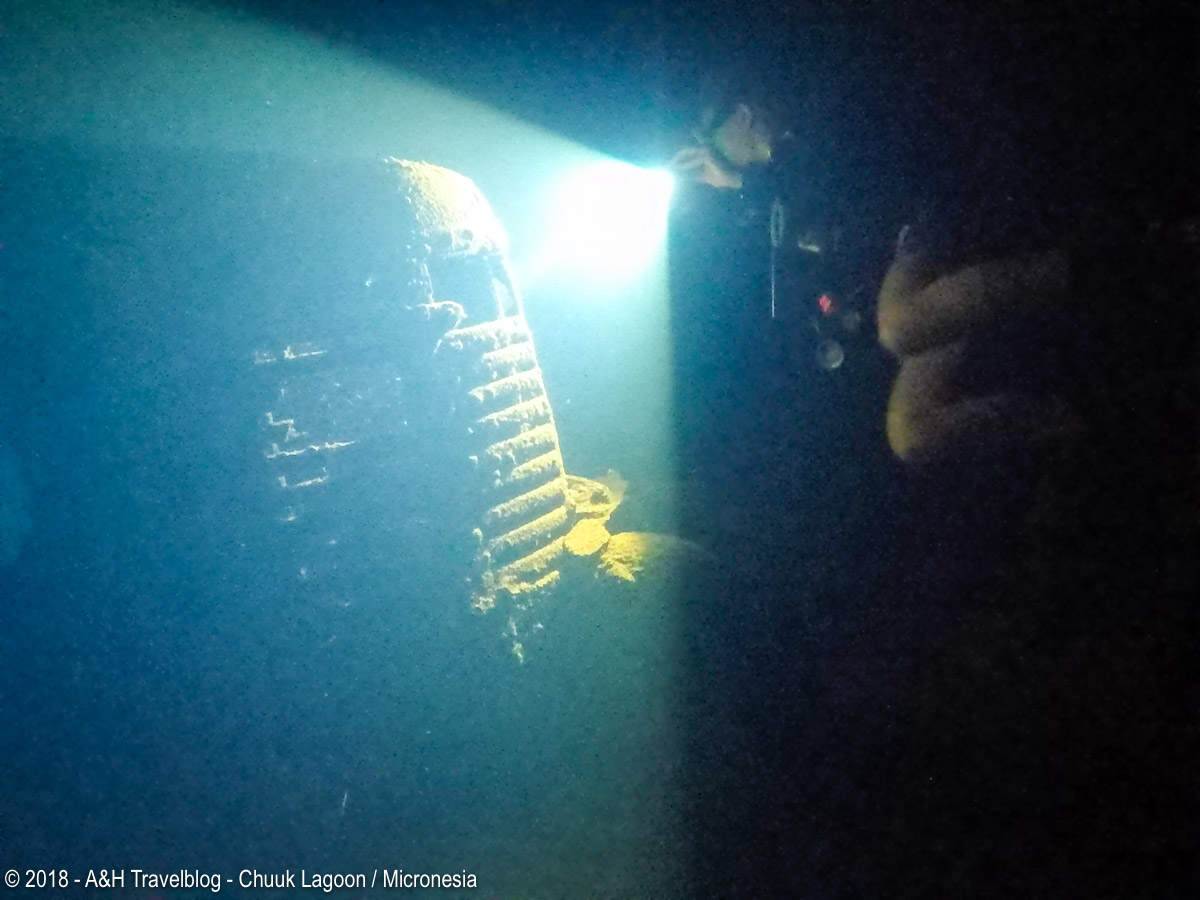 Today we dove the Hoki Maru: She was one of the earliest Union Steamship’s vessels to have diesel propulsion and was built in 1921 in Scottland. She was running under the name of M/V Hauraki for New Zealand.
The Japanese merchant raider Aikoku and Hokoku Maru spotted her in 1941 on the way to Colombo drifting due to engine problems. The Crew was interned in a Work Camp and name of the boat was altered to Hoki Maru (Hauraki being unpronounc-able to the Japanese). She made three runs between Japan and Chuuk before being sunk during Operation Hailstone in 1944.

For years it was dangerous to dive on the ship with noxious bubbles ascending from its cargo of barreled chemical aviation fuel that caused skin altercations and dissolving wetsuit glue instantly. The fuel finally bubbles finished rising in recent years and the wreck lies quietly deep. 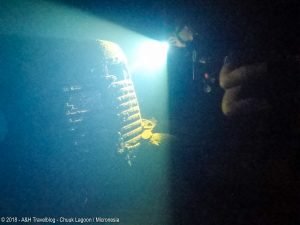 Descending down, the mast comes to greet you and the first things we spotted having great visibility was a school of barracuda and a school of Jackfish.

What is very interesting in the wreck’s after cargo hold is two hydraulic bladed John Deere Dozers (which helped build some airfields here), a lot of trucks with the chassis still in good condition. There is a lot of steel matting to cover the mangroves and make them accessible for the trucks. 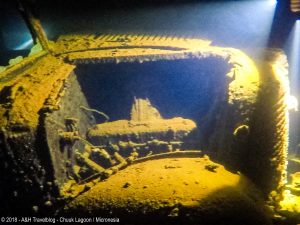 So inside the wreck there sure is a lot to see, the outside is beautifully covered with coral. The stern is full of glass fish covering a large area. While we dove over the wreck some bluefin travelley made a dash for some fish which brought a juvenile grey reef shark to shoot past us in hunting mode. A napoleon wrasse came up the side to see what we are, being cautiously followed by an eagle ray. The grey reef shark came back giving us a closer look and then our time was up and we had to come up for our safety stops.

We did not get completely deserted by marine life on the safety stops, as a group of young batfish kept us company.
What a great dive!
#TrukLagoon #SSThorfinn #Wreckdiving #WWII #GreatMarineLife #DiscoverHistory

Written by Astrid from Germany!