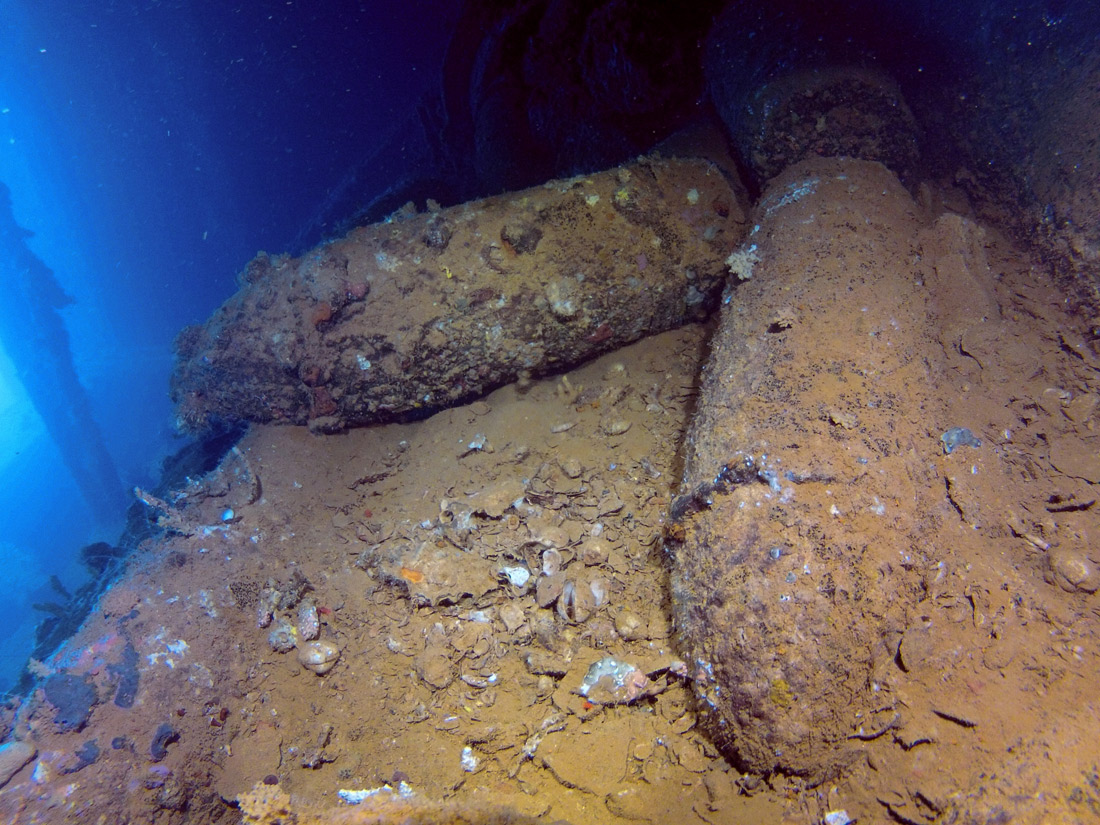 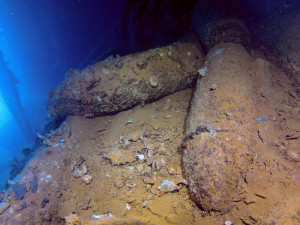 The Yamagiri Maru was built in 1938 by Mitsubishi Heavy Industries as a passenger/cargo carrier for the Yamashita Kisen Line. Requisitioned by the Japanese Navy in September 1941 she was  converted to a military transport for moving special cargoes.

The ship saw service transporting war material between Solomons and the Caroline Islands until she was hit with two torpedoes from the USS Drum in 1943. The repair of this damage can still be seen on the port side of hold number two. She was one of 4 ships anchored at Rabaul along with Seiko, Kiyosumi, and Amagisan, that were being bombed/strafed by planes from Guadalcanal.  Later after approval for repairs at Chuuk, they left with a two destroyer escort, but were badly damaged by torpedoes from two US subs in the famous ‘slot’. They all managed to continue, but were in need of massive repairs on arrival at Chuuk, only to be later sunk during ‘Operation Hailstone.’

Some of the Yamagiri Maru’s high interests are in #5 hold with numbers of large 16-18 inch armor piercing shells carried for the fleet’s leading battleships. These were the world’s largest naval guns surpassing even the 16 inch guns of famous USS Missouri. Each shell weighs 3219 lbs from guns with a range of 36-40 miles. The Yamagiri Maru was sunk by dive bombers from the carriers USS Yorktown and Bunker Hill. They reported several hits and left a huge hole portside amidships that took her down quickly, killing most of her crew. One unfortunate engineer’s skull and body were driven by the blasts into a storeroom’s screens and is regularly viewed today when passing through that section. She now lies in 110 fsw.