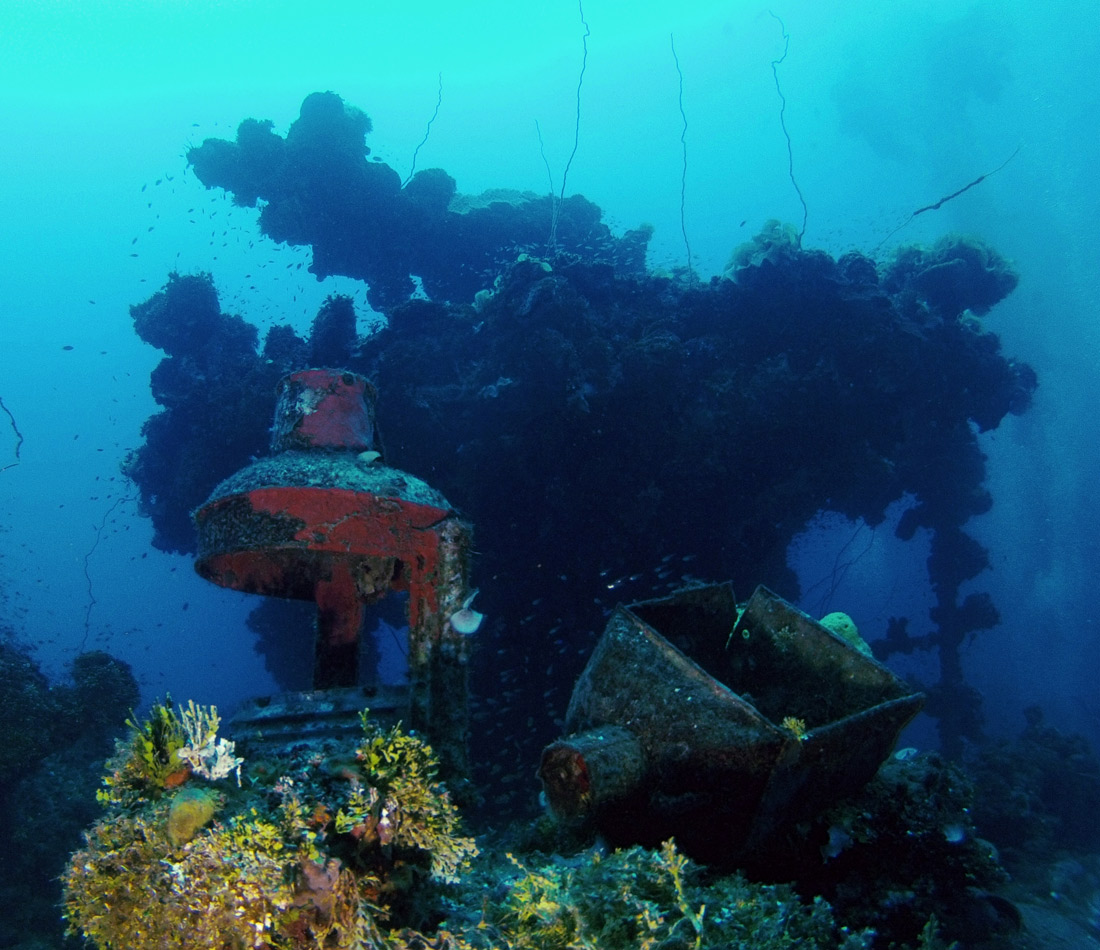 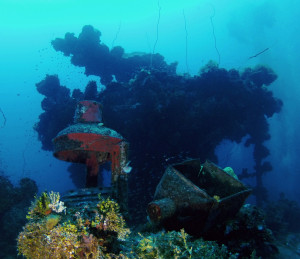 The Unkai Maru was built in 1905 by the W. Grey Shipyard of England as the freighter S/S Venus. The ship was sold in 1911 to the Japanese Nakamura Kisen Line and later requisitioned for use by the Japanese Navy as a general cargo transport.

Unkai  Maru survived several of the “Hailstone” raids before being sunk. She was struck by an aerial torpedo from planes of the USS Bunker Hill and later by bombs from aircraft launched from the USS Yorktown. The fires and flooding finally put her on the bottom.

Interesting objects are a prominent bow gun, boxes of huge foot sandals that must have been suited only to a Sumu wrestler team, great numbers of glass fish, and a most accessibly interesting engine room. At one time earlier she had boxes of San Francisco newspapers dated in 1941 prior to the Pearl Harbor event. They displayed Hitler’s advances into Poland.

The Unkai Maru is one of the oldest ships in the lagoon and was found by Klaus Lindemann in 1980. She now rests upright at a maximum depth of 140 fsw.