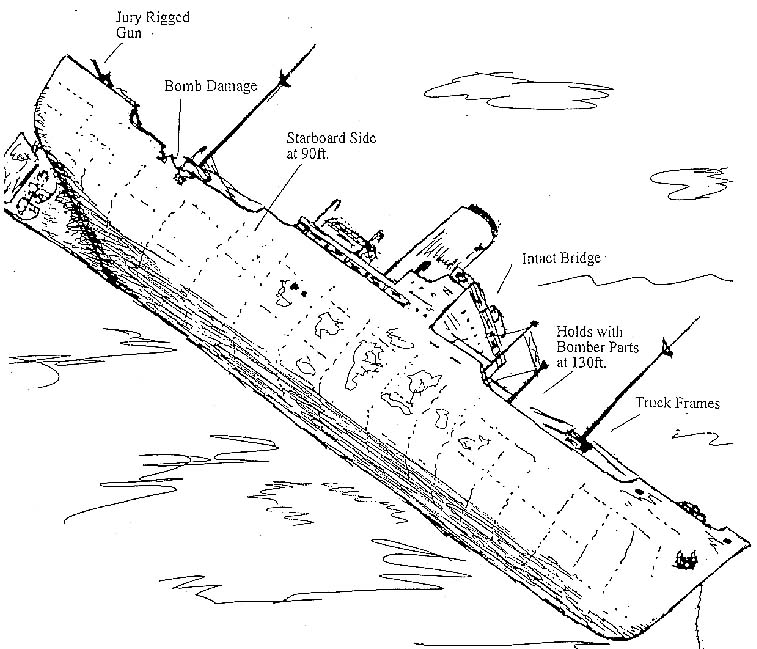 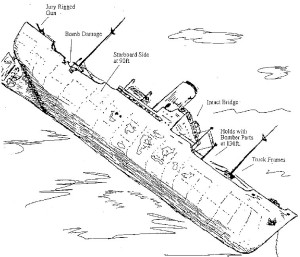 The Momokawa Maru was built in 1940, as a timber transport, and near twin to Nippo Maru. They are both remarkable in having steel bridge houses instead of normal wood or aluminum to avoid compass deviations.

Her peacetime service consisted of carrying lumber from Siberia to Japan. The Japanese Navy took control of her in late 1943 and utilized her as a bulk cargo carrier.

During the “Hailstone” attack, Momokawa Maru was bombed by aircraft from the carrier Bunker Hill. In their strike reports they indicated they had hit a large freighter that exploded and sank during the raid.

Lying on her port side in 140 ft of water, she has interesting cargo of Betty Bomber parts, wheels, and truck frames, plus the most intact bridge house within all wrecks of Truk Lagoon. By holding a camera on its side some remarkable pictures are gained.

The Momokawa Maru was found by Klaus Lindemann in 1982.