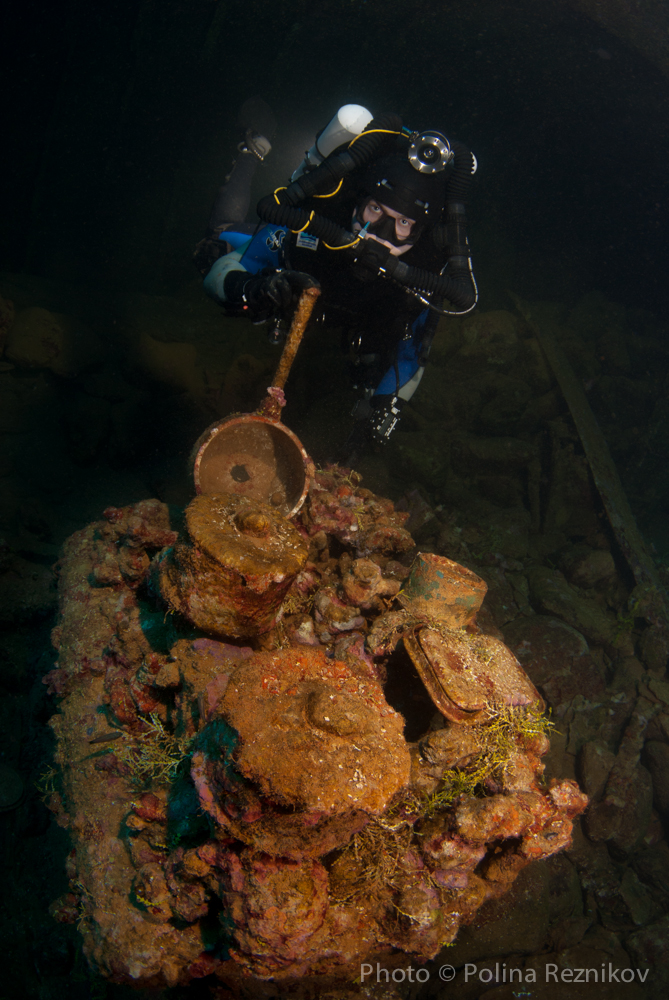 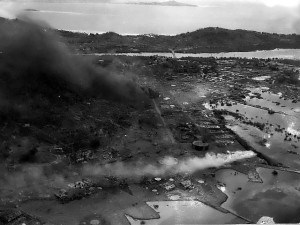 IJN Eissen 761 was a 110 ft steam powered harbor tug that also survived the war, to be left anchored in a small cove at west side of Dublon Island.

She now lies upright in just 25 ft of murky water, but has several interesting artifacts to view and photograph. Her tiny bridge house contains two horizontal movement engine telegraphs for maneuvering orders to her twin triple expansion engines driven by steam from a big single Scotch type boiler.  She appears to be on a size scale of many New York railway tugs of that era and likely had about 1,000 total horsepower judging by engine sizes. Her accommodations are small and difficult to enter, although some divers succeed at doing so.

She suits as a final dive at day’s end for curious divers to view.